In June, 2016, we were walking back from Ross Sands, in Northumberland, along a footpath that crossed grazing land where there were cows and calves. It was mid afternoon.

We had already used the designated, signed public footpath to gain access to Ross Sands. There were four of us, with two small dogs on leads, and I was carrying one tiny dog under my arm.

Within five minutes of walking quietly across the field, the cows started mooing really weirdly. It was a stressed sound which quickly had the whole herd agitated.

Next thing, the cows start charging at us.

I was unable to run, so I turned and faced them and began waving my arms. One black-coloured cow headbutted my chest, and I fell onto the floor. When I looked up, I saw the same cow was behaving like a bucking bull at a rodeo, and it was trying to kick at me whilst I was on the floor.

It stamped both its back legs down onto my legs.

There were about six to eight cows chasing down my partner and my daughter who had the other dogs on leads. My daughter was next in line to be trampled. She fell over, and let go of the dog. The cow stopped five feet away from her.

My son came running towards me to scare the cows away. I got up, couldn’t feel my legs, and I just ran and ran until I reached the edge of the grazing land.

I have never felt so utterly terrified in my life. It was like being awake in a nightmare.

Luckily, everyone else and the dogs were all okay, but I was injured. My left leg – from the top to the ends of my toes – was badly bruised and lacerated. 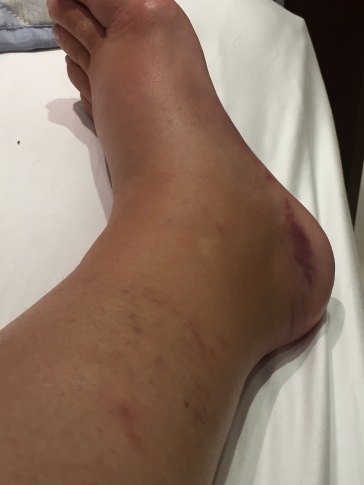 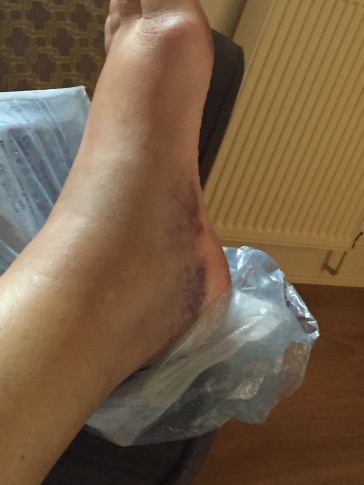 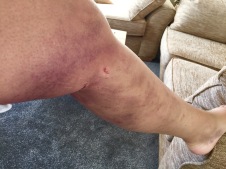 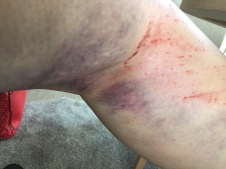 I was treated in A&E and sent home. Later, I had physiotherapy. My leg remained swollen for months. Four years on, and I still have issues, swelling and scars.

The attack was reported to the police, the farmer, and the local authority. The farmer says he would move the cows, but they are still there to this day. The police said it was a civil matter. The county council said they would pass it on to their public footpath department, but I have never heard anything from anyone.

I told the local Tourist Information at Sea Houses about my incident, because I wanted to warn others if they were recommending places to walk. I also informed the local paper and the local radio – all in a bid to save lives.

The same year a lady was killed in April in Belford, Northumberland. So, I was the lucky one.

It has ruined my love of walking. I am absolutely terrified if I see or hear cows. It took me months to stop seeing that particular cows face charging at me. I hate to think what could have happened had I had small children or elderly relatives with me.

I try to educate as many people as I can with my story. Assess the field, and plan your exit route in case of imminent danger. Stay close to the boundary, and never walk through the middle of a field full of cows!!

Header photo: © Walter Baxter and licensed for reuse under this Licence

Other photos: Theresa’s own