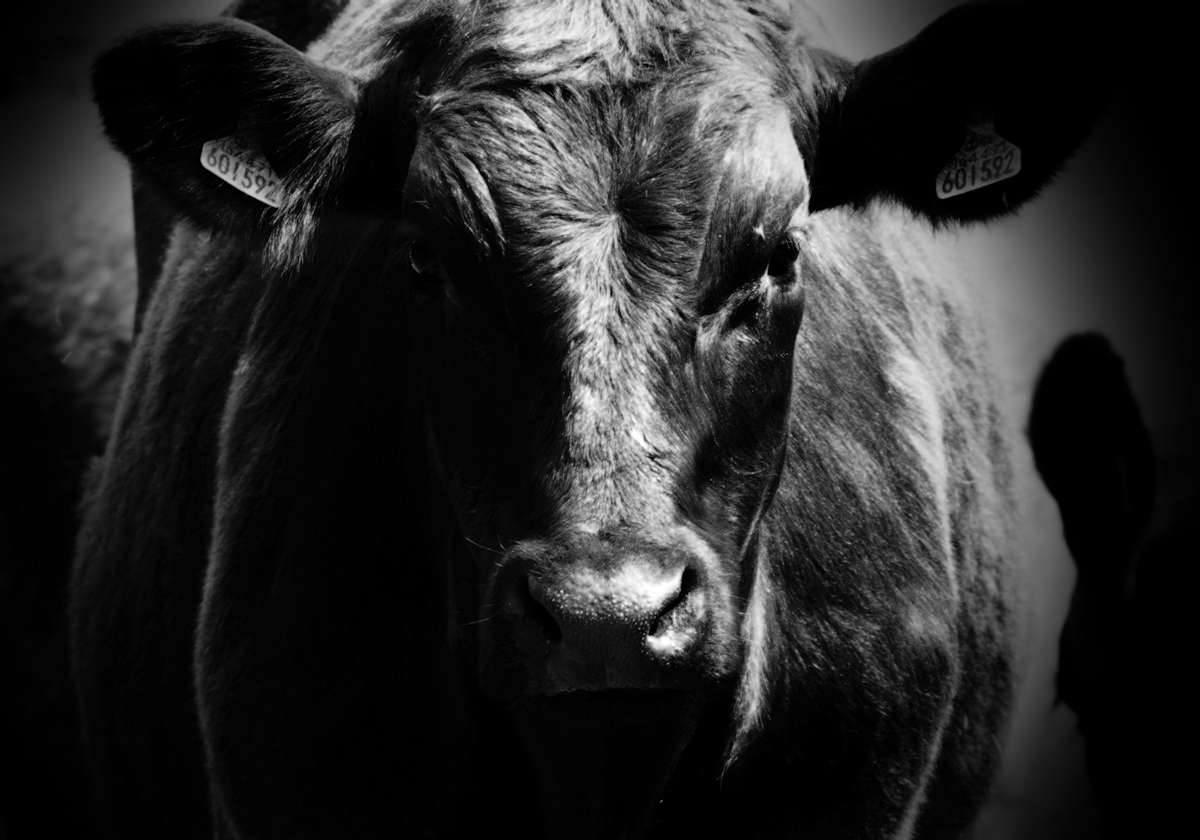 On Saturday 13th July, I went on a day trip to Arundel on my own. It was my day off from the summer school I am teaching at and so I welcomed the chance to get out and explore the local area.
I am also a keen football fan and sometime ‘groundhopper’ i.e. a fan who visits as many different football grounds as possible – this is important as the incident happened as I was attempting to enter Arundel Football Club’s ground at Mill Road.

Having no wifi, I was unable to locate the exact entrance to the football ground although I could clearly see the main stand and floodlights from the adjacent minigolf course. So I decided to walk along the perimeter of the ground, assuming that eventually I had to arrive at the entrance.

This route took me off Mill Rd down a side road, where I spotted a large herd of cows in a field to my left and the first thought that crossed my mind was ‘cow stampede’. It has been something of a personal paranoia of mine for the last couple of years since I read in a Bill Bryson book that around 8 people are killed in the UK every year in cow stampedes. That fact shocked me and has stayed with me ever since.

This particular herd, however, were separated from me by a fairly high hedgerow so I had no cause for alarm.

I turned right to continue my circuit of the football ground, still looking for a way in, and this took me on to a path marked ‘restricted bridleway’. I wondered to myself what that could mean, but again, as no warning was given, I didn’t think twice about carrying on walking. It seemed, after all, like any normal path. After about 50 metres or so, I passed a lady walking her dog (who was not on a lead) and we exchanged pleasantries. ‘Bit cooler down here!’, she remarked. Indeed, the path was almost entirely in the shade as there were trees more or less continuously on both sides.

Now, if you don’t know Arundel, one striking thing about it is that it’s basically a town in the middle of the countryside, so I had literally walked 3 or 4 minutes from the main road and the bustle of visitors to the castle and now I was completely isolated – almost. Immediately to my right, and behind a 2-metre high metal fence, I could hear the players warming up (this was 2.30pm, so 30 minutes before kick off). As I walked, I noticed on my left a metal gate which was the entrance to a field. It had a white sign which I didn’t bother to read properly because it just said something like ‘do not enter’, which I had no intention of doing anyway. So I carried on along the path, running alongside this field.

After a few seconds, I became aware of a large herd of somewhere between 30 and 50 cattle. They were ALL completely black, which I thought was unusual (the previous herd I had spotted had been mostly brown). The alarm bells started ringing immediately because they were mostly all facing me, at a distance of some 50 metres away, and had a VERY clear menacing look in their eyes. They were not happy about something. More worryingly, we were looking at each other because there was a gap in the trees and there was NO FENCE of any description separating us, only a VERY narrow ditch, which couldn’t have been more than 2 feet deep and 4 feet wide.

During this initial eye contact I naturally froze, but I knew they were watching my every move. I weighed up my options. To my left – field of angry cows. To my right – big metal fence. Behind me, probably a good 400 plus metres to guaranteed safety.

If they were intent on coming after me, I wasn’t going to make it. The only way was forward.

Instinctively, I ran on, and while I was doing so was aware that they started to run at the same time. I banged loudly on the metal fence, as literally on the other side of it there were players doing their warm-up. I was actually at a gate into the football ground, but it was padlocked from the inside. At first, none of the players responded to my banging, but I persisted, in genuine distress, and after what seemed like a lifetime, one of the guys came up. There was a narrow gap in the gate so we were able to see each other.

By this time, the herd had stopped dead right at the ditch, they were all there, the whole herd, no more than 5 metres away from me. SURELY if they had wanted to, they could have easily crossed it? Cattle grids briefly flashed through my mind. Maybe they were wary of the ditch for a similar reason? I don’t know how the cows looked now, I sure as hell wasn’t going to make eye contact with them, this close up.

‘Sorry, I ain’t got the key, mate,’ came the calm response from the other side of the fence.

The fact that I was in such close proximity to human beings who were safe was a weird juxtaposition to what was going on behind me. For a while I really thought it was game over, and I braced myself for what I thought was certain attack.

‘So, are you wanting to come in, then?’ my would-be rescuer continued, calm as you like. ‘You’re gonna have to climb over then. Like I say, I ain’t got the key.’

Climb over? I looked a the wall. It was corrugated, but uselessly for me, because the corrugations ran vertically from top to bottom, probably precisely to stop people from climbing over. There was a nut or rivet or something about halfway up sticking out ever so slightly on an otherwise flat surface. No way am I gonna make that, I thought to myself. But I had to try.  I actually managed to get my head and shoulders above the top of the fence. I remember seeing some of the other players looking in my direction, bemused, ‘what on earth’s ‘e doin’?’ kind of looks.

I simply didn’t have the leverage/strength/knowledge of how best to go about getting myself over the top, and I gave up. I jumped down.

I was aware that the cows were no longer moving (remember, this is a BIG herd, and they’d all come to look at me) so I realised I had something of a stay of execution, but I was still clueless as to how I was going to get out of there in once piece.

I hadn’t told him that the cows had run  towards me – because I didn’t have time to tell him. Maybe he just assumed the cows were at the ditch all along and I’d got scared, cos he still didn’t seem too bothered.

‘Look, if you go down there,’ he pointed in the direction I was already going in, ‘you’ll come to a road. That’s how you’ll get in. Cows don’t charge. Just go. You’ll be OK.’

Yes they do charge, I thought to myself, I’ve heard of incidents of it. Didn’t he realise this? Perhaps I should have told him the cows had RUN at me.

‘Then why are they standing there looking at me!’
‘Cos that’s their field! Look, cows don’t charge. If you go down there, you’ll be alright. I promise you the cows won’t follow you.’

He didn’t say how far I would have to go. In theory, it was only 50 metres until I got to the far touchline and could turn right. But the path that I was looking at just seemed to go on, with no turn offs visible.

Having no other options, I braced myself, and went.

As it turned out, he was right. There WAS a turning a short distance ahead in the form of a gap in the hedge (the fence around the football ground now having ended). It led to a field filled not with cows but, joy of joys, cars and caravans – it was an overspill car park.

The walk from that gate where I was ‘trapped’, to this safe place, is the one part of the whole experience I have no recollection of.

I took a moment to reflect on what had happened. He was right! The cows DIDN’T follow me! If they hadn’t followed me to this point, then I was pretty confident they weren’t going to. What a relief. The nightmare was over!

So, what did I do next? Well, believe it or not, I started to walk slowly and gingerly back. Back towards where I knew the cows still probably were. I could neither hear them nor see them at this point, but thought: photo. Facebook photo. If they weren’t being aggressive, then it would be pretty comical to get a picture of a huge herd of cows looking at me menacingly, right?

Luckily, I had just enough sense to realise that was a pretty stupid idea, considering everything, so I stopped and made my way through the field, and into the football ground. I spent the rest of the afternoon in a mixture of shock and just trying to blank the incident from my mind and enjoy the rest of the day. I made no attempt to approach the player I’d spoken to, he and his team mates probably thought I was going over the top or god knows what.

Back home, and having looked into encounters / near misses with cattle, the one thing that’s come up time and time again is DOGS. So, in hindsight, I’m thinking that that woman I passed a minute before my incident, had her dog off the lead. I reckon it was this dog that ruffled the herd’s feathers, – and this is corroborated by the fact that the herd were ALREADY looking in my direction before I’d even passed them. When they saw me they probably thought I was the same dog owner (do cows do gender or colour distinctions? My top was blue, hers pink), which would explain their reaction.

For me, the main thing to come out of all of this is: I was NOT IN A FIELD when all this happened. I WAS ON A PATH. I have since googled that a restricted byway is still a public right of way. I was on a public right of way!! WHY WAS THERE NO FENCE separating me from such a large, mean herd?

It sends shivers as I think back to a time I went walking in Derbyshire in 2008 and remember walking along country lanes with fields with no fences, only marked off by low stones, big open countryside, basically roads through fields!

I guess that path I took isn’t used that much – it doesn’t really go anywhere, and there’s no need for anyone to take it, so those cows probably don’t see too many people. BUT that woman was there. So people do use it.

How many more places must there be like this where members of the public are potentially at risk of coming into direct contact with cattle WITHOUT ENTERING A FIELD OF ANY DESCRIPTION?

Ok, I can understand if you’re entering a field you need to keep your wits about you, but my guard was down because as far as I was concerned I was just walking along a path adjacent to a field. I didn’t even realise there were any cows in it until they were looking right at me!!

Right, that’s my story, but long I know, sorry, but feel better for getting that off my chest.

Photo by Ethan Kent on Unsplash