In this article, Libby considers the risk to farmers from their cattle, and summarises the existing guidance.

Cattle: Farmers need to be aware of the dangers

In fact, it seems that they are more at risk than walkers.

In 2017, the risks of farming are just as bad, with no reduction in the high numbers of farm injuries and deaths. 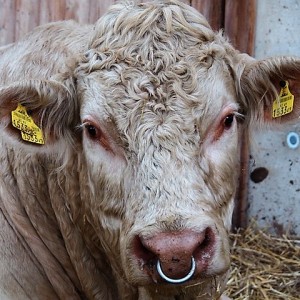 Are the attacks just by bulls?

No! Cow attacks greatly outnumber bull attacks in terms of fatalities, according to John McNamara, the National Health and Safety Specialist for Ireland’s Agriculture and Food Development Authority (Teagasc).

Cow attacks have increased significantly in the last decade or so, with the time around calving proving to be the most dangerous time, McNamara said. In recent years, cow attacks account for close to two-thirds of fatal animal attacks on farms compared to just one-third for bull attacks, he added.

This is from an Irish perspective, but the figures are similar for the UK.

Nearly half of farmers, who completed a survey, had been attacked by cows at calving.

In a poll carried out by Agriland, an Irish farming website, 47% of farmers revealed that they have been attacked by a cow at calving time.

Link to the Agriland report: Twice as many cow attacks on farms 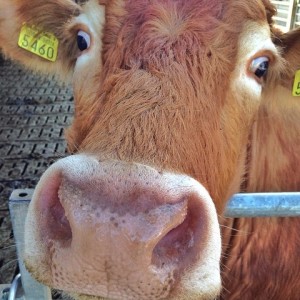 Cow attacks in the news recently

Links to recent reports of attacks by cows on farmers

What is being done?

In the UK, the Health and Safety Executive were concerned

The HSE held a meeting, in June 2015, with AIAC (UK agricultural advisory body), which was chaired by Rick Brunt, head of agriculture for the HSE. The minutes of June 2015 advise farmers that cattle with calves should not be kept in fields with public access and farmers should be aware age can be an issue in attacks on farm workers. Safety guidelines were updated by the HSE.

Not very much was achieved, safety wise. Farmers and public are still being injured by cattle.  So, another meeting was held with AIAC in Nov 2016. Result?

“AIAC members are invited to set out how their organisations can assist in encouraging farmers to follow existing HSE and industry guidance to minimise incidents involving cattle.”

Are they doing that – encouraging farmers to minimise incidents with cattle?

The Yellow Wellies group is now spreading the word informing/educating farmers on safer working. Hopefully the message is getting through.

The Yellow Wellies message for the farm safety week campaign this year:

“This Farm Safety Week, we hope that by hearing the stories of other farmers who have had personal experience of accidents, we can get farmers of all ages to realise that this week, and every week, farm safety is a lifestyle, not a slogan.”

Our “COWS” group second that, and we hope that by informing everyone of the risks from cattle we can keep farmers and walkers safe from injuries.

So that’s enough of the scary stories. Here is the go-to site to keep farmers as safe as possible while working with livestock: Safety advice from HSE on handling cattle: http://www.hse.gov.uk/agriculture/topics/livestock.htm 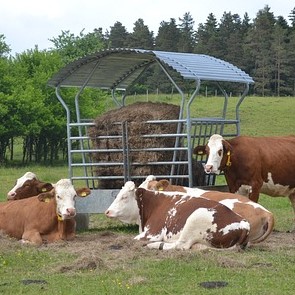 On a BBC blog about the Archers radio show, Rick Brunt, the head of agriculture for the HSE, stated that:

“handling cattle always involves a risk from crushing, kicking, butting or goring. The risks are greater if the animals aren’t used to being handled, or if they have young with them.”

Cattle – what are the risks?

In particular this sheet, aimed at farmers, emphasises 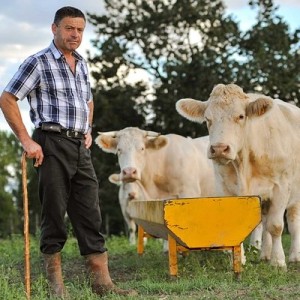 Every year there are deaths and injuries to farmers and other workers while handling cattle. These are often caused by using poor equipment, ineffective methods of moving cattle and an underestimation of the strength, speed or behaviour of cattle.

The message to farmers? Keep safe, consider the risk.